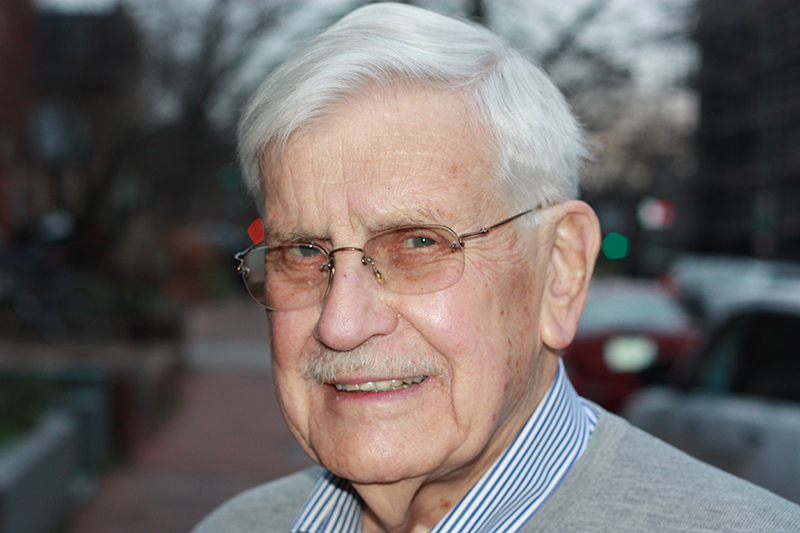 Roy Matthews ’54 had a fruitful career as an educator. After graduating from W&L in with a degree in history, Roy earned a master or arts from Duke and a Ph.D. from UNC Chapel Hill. He ultimately spent 31 years at Michigan State University, teaching in the Department of Humanities and later the Department of History.

He established the Roy T. Matthews '54 Endowment for History in 2013 to support students and faculty in the History Department. During his years at MSU, he observed that while the sciences benefited from large grants, budgets in liberal arts departments were always modest. More than once during his career, in order to go to an academic conference, Roy had to plead with a department chair for help to pay for a plane ticket, a hotel room, or some part of the cost. Travel and research, Roy knew, were an area where a gift could make a big impact.

For that reason, he decided to establish a fund to support the new generation of teacher-scholars who are following in the footsteps of Adams, Desha, Dickey, Fishwick, Jenks, Johnson, Leyburn, Pusey, Reigel, Starling, Stephenson, Turner, Welch and many others who prepared him and his classmates for the future.

To fund his endowment, Matthews designated W&L as the beneficiary of his IRA upon his death. A couple years after setting up the paperwork, he felt compelled to try to fund the endowment during his lifetime. He didn't like leaving to his wife and family the logistical work of finalizing the funding after his death, and he wanted the endowment to benefit the History Department sooner rather than later.

"I wanted to go ahead and fund it, but I would have to pay taxes on it," Matthews said. "When I learned I could roll over my IRA funds for a charitable distribution, that removed the major road block." Now the endowment is supporting the History Department at W&L and Matthews does not have to pay taxes on the donation.